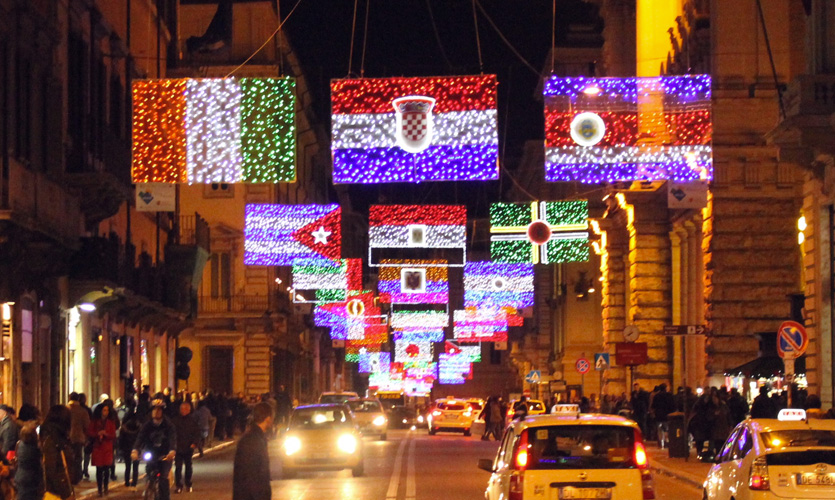 This year’s Christmas lights on Via del Corso pay tribute to the 144 nations taking part in Milan Expo 2015.

The lights were illuminated on 9 December by Rome’s mayor Ignazio Marino who said the upcoming international expo in Milan would focus the world’s attention on Italy. The lights in the major shopping street between Piazza Venezia and Piazza del Popolo comprise 144 flags of the countries participating in the international expo which takes place in Milan from May to October.

Christmas lights have also gone up in other districts of Rome such as Pigneto, Tor Pignattara, Tor Sapienza, Esquilino and Monti, while the usual giant Christmas trees have been erected in Piazza Venezia, Piazza S. Pietro and at the Colosseum.

Last year’s rainbow lights over Via del Corso caused controversy after several right-wing politicians objected to their “provocative” message designed to combat homophobia in the capital.